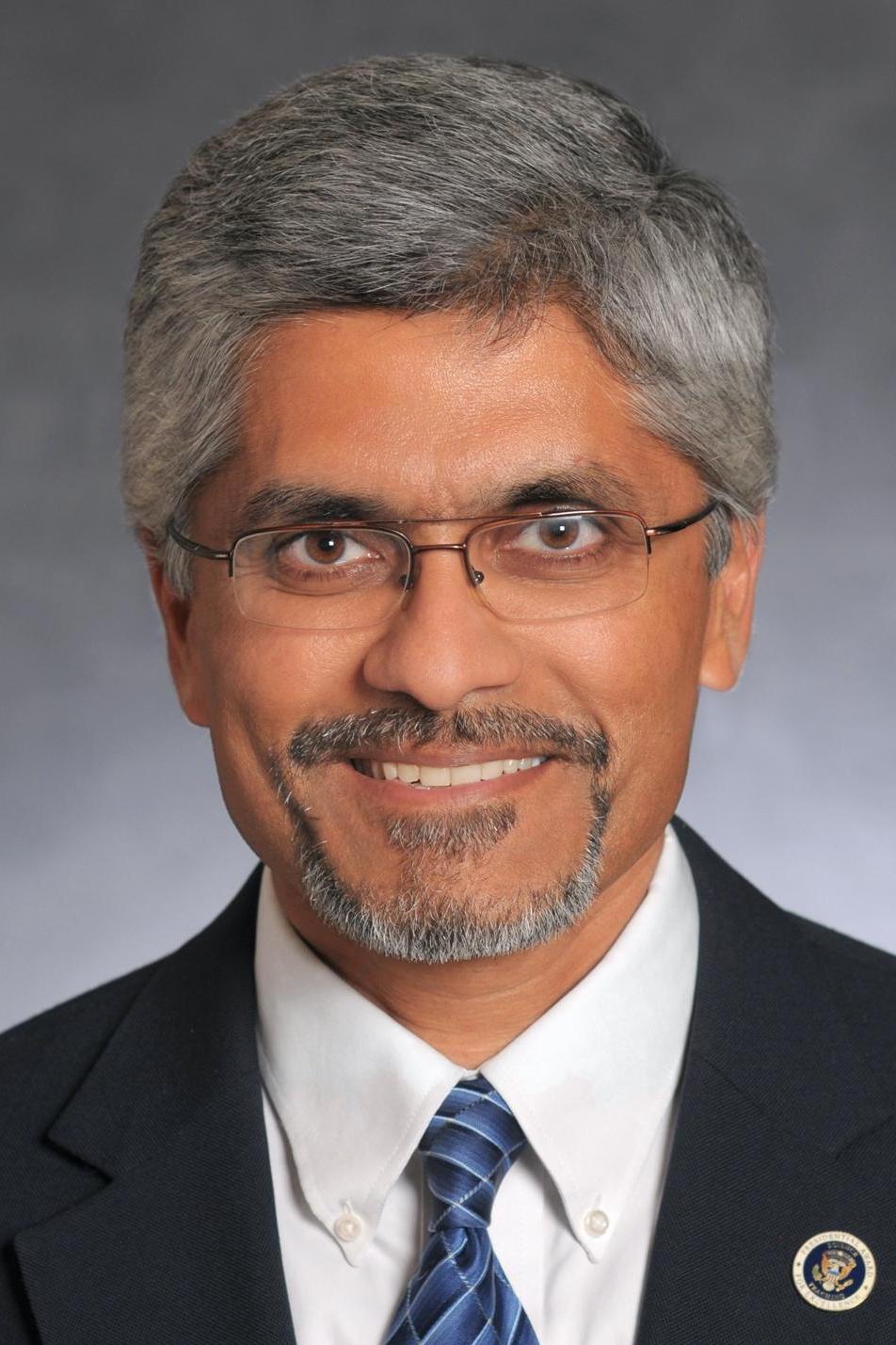 Receiving the Presidential Award opened doors I had not even imagined. It catapulted me onto the national stage with the Einstein Fellowship and activity with ITEEA. Connections I made and resources I collected through these programs continue to benefit me, but more importantly, the STEM Academy and students that participate in it.

Naveen Cunha has been an educator for more than 30 years and has spent the last four years teaching eighth grade Robotics at Stephen F. Austin Middle School in Bryan, Texas. He previously taught Science and Engineering at Stephen F. Austin for 13 years and fifth and sixth grade mathematics and science at Oakwood Intermediate School in College Station, Texas, where he received his award in 2002. Naveen earned a B.S. in geology from the University of Texas at Austin and an M.Ed. in educational technology from Texas A&M University. He has certifications in Elementary instruction, Earth Science instruction, Computer Science and Technology Education, and STEM instruction. He recently certified as an Automation and Robotics instructor by Project Lead The Way. Since receiving the Presidential Award in the science category, Naveen was a finalist for NASA's Educator Astronaut program in 2003. He was an Einstein Fellow with NASA from 2004 to 2006 and returned to teaching to start an award-winning STEM Academy in Bryan. He joined the cadre of teacher liaisons with the Space Foundation in 2009 and participated on a Weightless Flight of Discovery the same year. The Texas A&M University Sigma Xi chapter selected him as the 2010 Middle School Science Teacher of the Year. In 2012, the Siemens Institute selected him as a STEM Institute Fellow. ITEEA presented him with their Teacher Excellence Award in 2019. He has been an advisor for the school's FIRST LEGO League team and Technology Student Association chapter which has won numerous awards at the regional, state, and national levels.

Know a great teacher like Naveen Cunha? Nominate them for PAEMST!